The Great New Zealand Comic is currently a work in progress.

The comic in question is being constructed 24/7 in the head of creator Timothy Kidd. It is a hydra headed beast, consisting of numerous strips which overlap and interlink. Events revolve around the members of the Rabbit family and their friends and acquaintances; a grand narrative taking place against a backdrop of inner city Auckland and its satellite suburbs.

Some of the mesh of stories can be found over at the blogspot, Western Park. Served up in bite sized portions are a variety of stories, including; Bernard on the Eve, Blues Clues, Farfiva, Be my Ghost(1) and assorted diary comics and ‘test patterns’. Parts have turned up in small press anthologies such as Radio as Paper and Dailies. One section can be found in Adrian Kinaird's From Earth’s End: The Best New Zealand Comics, along with a profile of Tim and a (fascinating) short rundown of his working methods. Another was featured in cancelled fashion/style mag Pavement.

The tone of the strips is deadpan, nuanced with acid observation of the numerous characters foibles. Collected it would be equal parts sitcom, epic 19th century social novel and slapstick tragedy, desperate elements held together by exacting cartooning skills and an appreciation of narrative that runs from Dickens to Larry David to Jamie Hernandez.

The art is precise, gentle and keenly aware of the importance of detail and day to day observation. It's a style that has evolved over decades in numerous sketch books, and hundreds of pages of comics, a narrative in its own right, the antipodes equivalent of Crumb(2).

Tim has been working on his comics for a long time.

Most of the forerunners to the current project(s) have been discarded or put on hiatus. The most developed of these, Came the dawn, emerged in a variety of mini-comic incarnations before being picked up by Karl Wills and released under his The ComicBook Factory imprint. Three parts were published, enough to give an appreciation of Came the dawn's level of ambition, enough to induce frustration that the series was suspended and now remains in limbo.

Some sense of the scope can be gathered from the character gallery below. 20 characters, all sharply rendered fictions, none of them are on the page for long, yet each manages to make a unique impression and stick in your head. 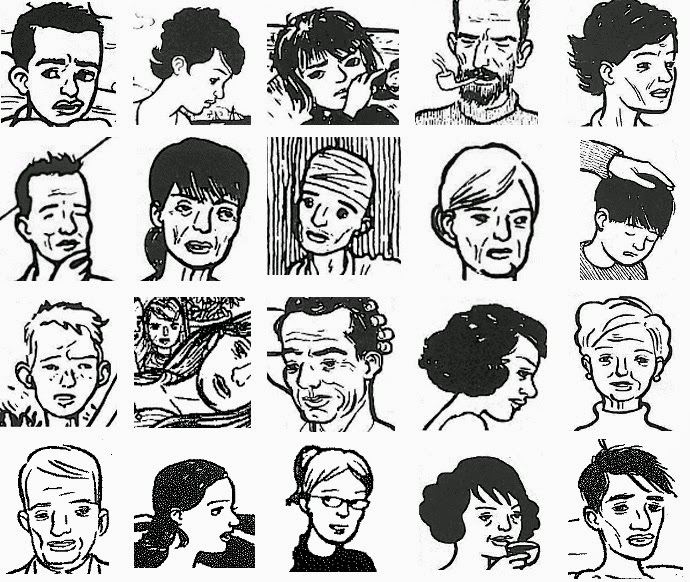 Having read and re-read the three issues over the years I still pick up on subtleties and details which I have passed over up in previous readings. Came the dawn is happy to build at its own pace and you can keep up or fall away, it's up to you(4).


Half a world away

The first comic I read by Tim was Half a world away. I still have my copies acquired over the few years I worked at Mark One Comics in the mid-nineties. Seven A4 books, the paper now beginning to yellow and the staples to rust. You can see a couple of them below, in all their fallen glory.

Set in an unspecified town in rural New Zealand the characters are isolated by circumstance and disposition. Exchanges, when they take part, are tentative and unsure. The landscape stretches out around them, reducing people to an inconsequential component.

Under the alienation and loneliness is an undercurrent of threat that eventually erupts into violence, no less disturbing in that we witness the aftermath and not the explosion. More disturbing in that it follows a moment of tenderness and intimacy. 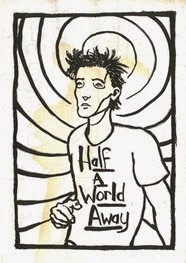 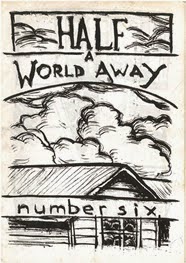 Half a world away was, and remains, an impressive comic (though will Tim squirm if you talk to him about the series).

I used to nag him about when the next issue was coming out. It was never fast enough (though always worth the wait). Which is pretty much how I have continued to feel to this day(5); expectant, but patient.

Because when you examine Tim's work, and realize the breadth of his subtlety and scope, there can be little question that when he does finally complete his Rabbit Family work, whatever it ends up being called, and whatever final form it takes, that it will be a New Zealand great.

So I can wait.


(1): The titles of these stories may change the next time they make it into publication.
(2) : My favourite section of these numerous volumes was where Tim began to copy vintage photos of the 40s and 50s. Suddenly his characters became more rumpled, disheveled. The slight awkwardness in the early work fell away and in place there was a confidence which has not stopped challenging itself since.
(3): Strictly speaking this strip is not from Western Park but it is from the general continuity so I've included it. Also it's a 'cross- over' story which features both members of the Rabbit family and Bernard who, in his own strip, currently remains trapped within the confines of his own room.
(4): Me? I'm still waiting for it start up again and lead me on a bit further.
(5): One thing about that: Any one of the works examined in this article was worked over by Tim to an astonishing degree, change upon change upon change. Just when you think it is finished there's something that needs to be added or subtracted or reworked. As an expectant reader this can get a little frustrating. And yet it's always worth it. Always. Those changes are done for a reason and you just better suck it up ,buddy because it's not change; its refinement!
Posted by DK at 22:28 No comments: